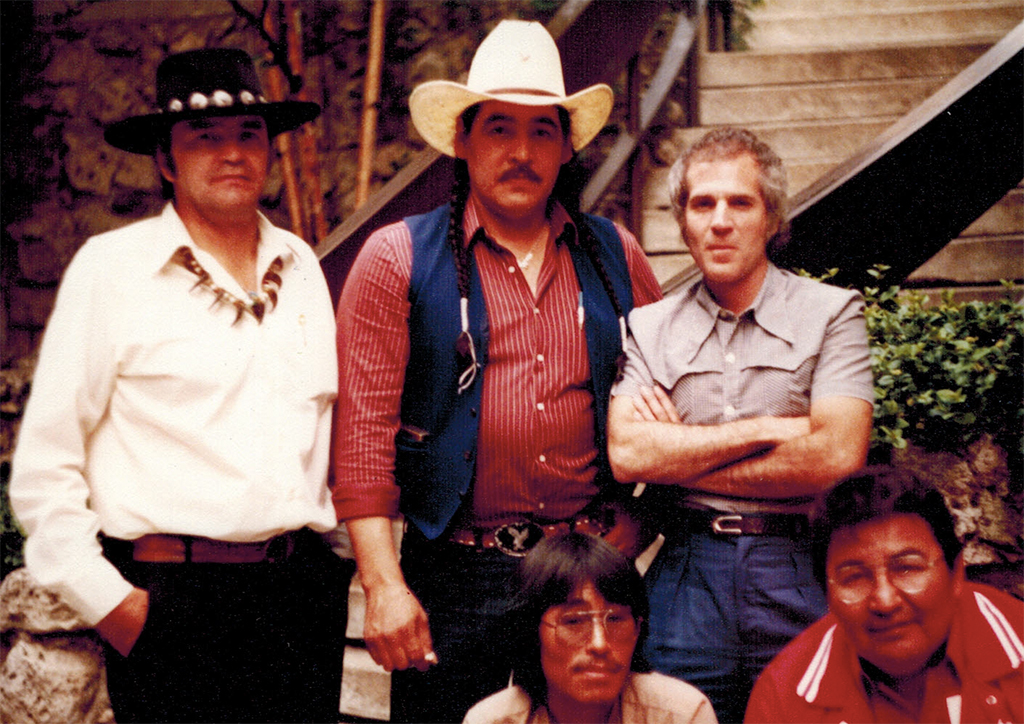 Alan Herscovici (standing, right) with leaders of the Aboriginal Trappers Federation of Canada at their founding meeting in 1985. Alan is the founder and senior researcher of Truth About Fur.