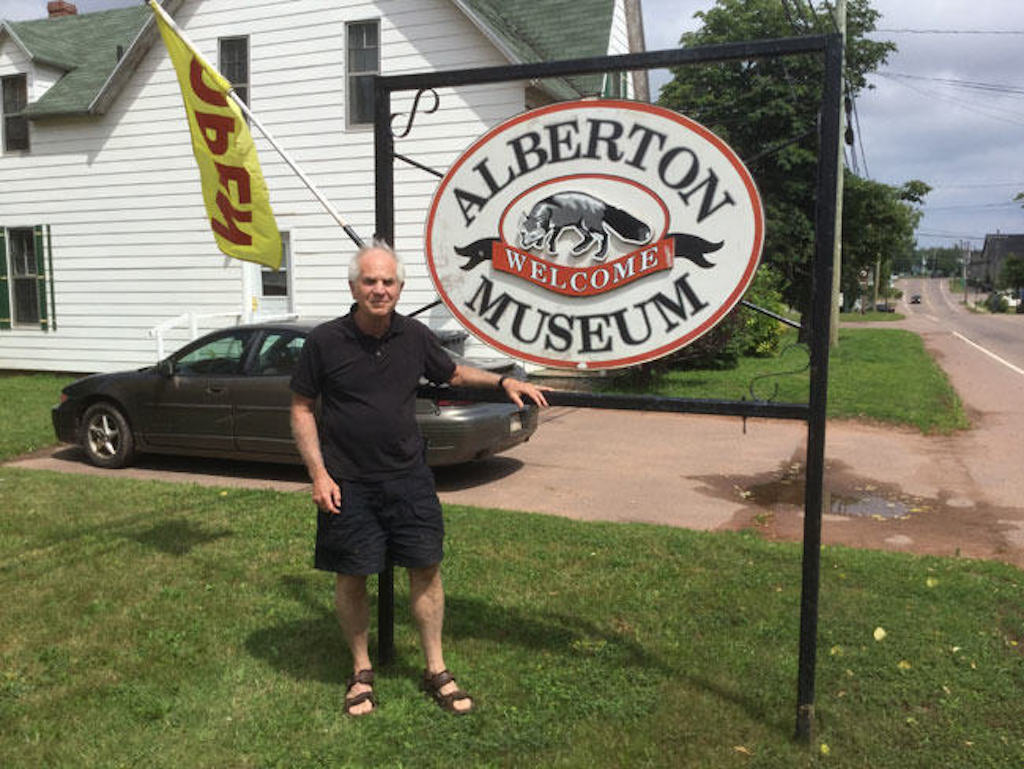 Alan Herscovici is the founder and senior researcher of Truth About Fur. In 2015, he took a voyage to the historical home of fox farming, Prince Edward Island, where he visited Alberton Museum. Photo: Helene Lapointe.

This photo is featured in Alan’s blog post, A personal voyage to the origins of fox farming, September 23, 2015.