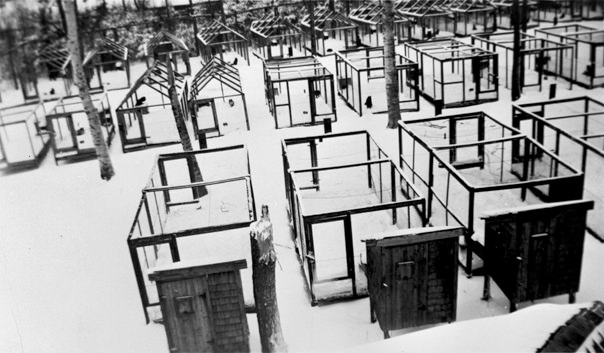 When the fox industry began in Prince Edward Island, Canada, foxes were kept in communal enclosures. When in these enclosures, foxes tended to kill their pups and fight amongst themselves. Individual pens were soon adopted by breeders. The wire used in making the pens was laid on the ground so foxes could not escape. In 1913, 277 Island fox farms were listed. There was a slight decrease to 252 farms during the war years but the industry rebounded and by 1923, there were 448 farms on Prince Edward Island: 291 in Prince County, 129 in Queens County and 28 in Kings County. Photo Credit: Public Archives and Record Office of Prince Edward Island, Fox Farming in Prince Edward Islands, Acc. 3466/HF 77.147.4