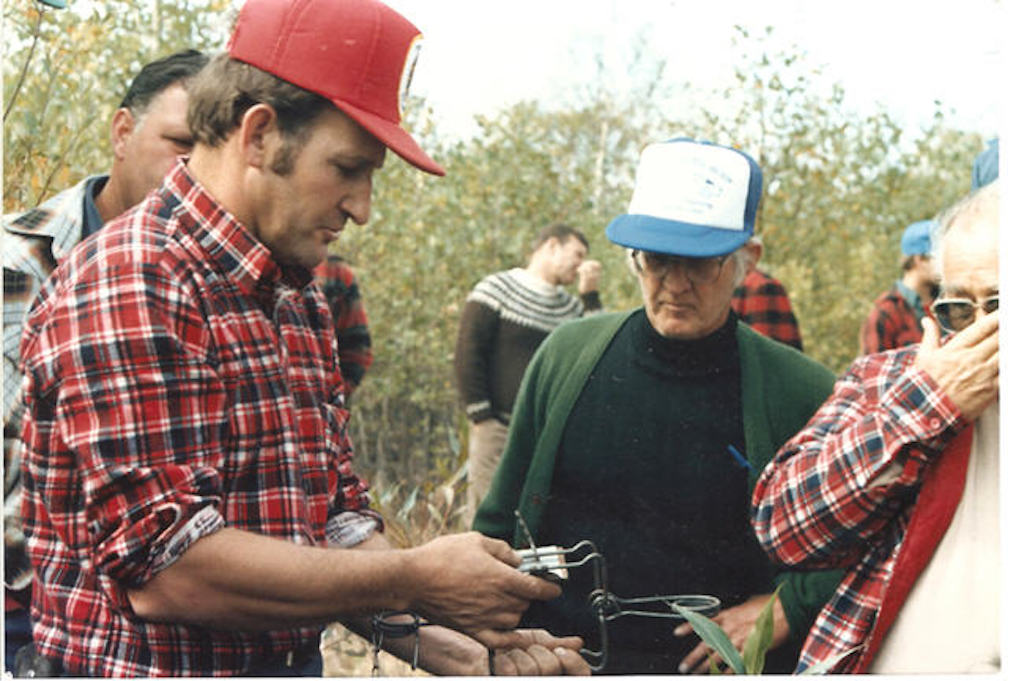 Alcide Giroux (1945-2018), known to his friends as “Ti Loup”, demonstrates a small Conibear trap for marten to war veteran Roland Giroux (not related) at a trapping workshop in 1986.