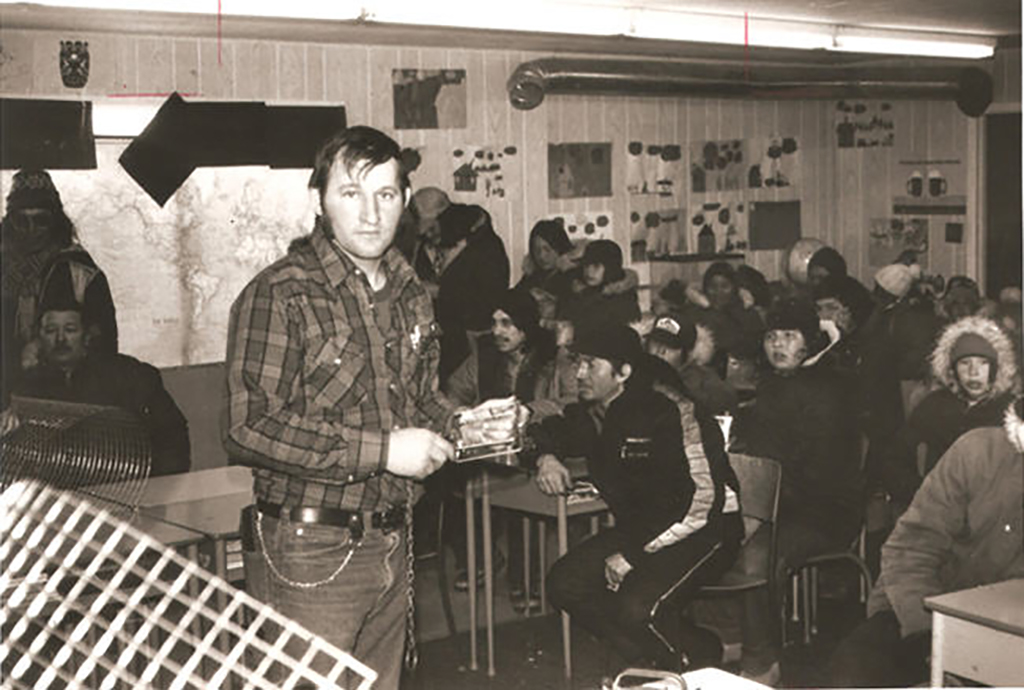 Alcide Giroux (1945-2018), known to his friends as “Ti Loup”, is shown here leading a workshop for First Nations trappers in northern Ontario, in 1980.